Guilt is a special animal and presents a unique challenge. Basically, guilt is me blaming me. That’s bad on just about every level.

With guilt there’s nowhere for that debilitating cycle of resentment, anger, frustration and pain to go but right back on me. I can’t even lighten the load by blaming you. It’s all on me.

So now I’m getting it with both barrels. I’m getting the resentment juices flowing by blaming and I’m doubling up on it by being the recipient of the blame. And to make it worse, the fact that I’m blaming myself means that at some level I think I deserve it.

It just doesn’t get any worse than that.

Often when we feel guilty it’s because we’ve done something to somebody that we’re ashamed of. It could be anything from stealing candy to running over somebody with our car. It doesn’t really matter what the ‘issue’ is, it matters how we feel.

The big difference with a Guilt issue is you’re not trying to forgive someone else; you feel you need to be forgiven. But who’s going to forgive you? Yourself? The person you hurt? God?

That’s where we get stuck with guilt. If I’m feeling guilty I obviously haven’t been able to forgive myself, I must feel God won’t do it and I just can’t force someone to forgive me no matter how much I try. And even if they do, I may not accept it.

Thankfully, this Forgiveness Story process works just a well whether it’s blame or guilt you’re dealing with. It will take some creativity on your part and you’ll need to have a bit of a split personality but it is do-able. 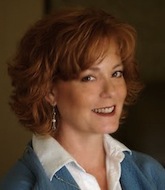